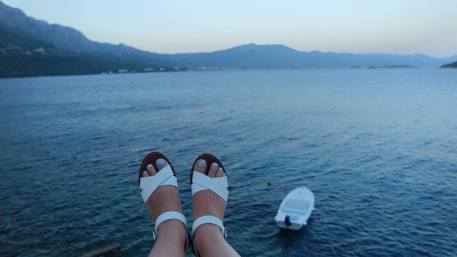 It has been almost exactly a month. An entire month that I have galavanted around Croatia and haven’t had the decency to check in. Truth is, I am having the most incredible Summer, and for a little while, I just needed a good ol’ fashioned break.

But to keep you posted, I am currently sat on our balcony, probably covered in Crickets, overlooking the sea in Mali Losinj. It’s our last night here before we wake up bright and early for a 6AM bus to Krk island where we will spend the next three nights away from the luxury of our own apartment (our new havens) and back in bunk beds at a hostel.

Just so that we are up to date on everything from this past month, I thought I’d share some of my faaaav experiences in Croatia so far. If you are looking to head to Croatia this August, then here a few definites (not sure that’s a word..)  for your bucket list.

LIVING IN THE PALACE, SPLIT –

Split was our first stop and as we were there for 10 days, I will most likely dedicate an entire blog to it but for now, I’ll say it’s one of my favs. The Diocletian Palace was incredible for history. The hidden rocky beaches were one of the first pretty rocky beache’s that we discovered and at the time, it was just what we needed. I would for sure stay away from the main tourist beach, Bacvice, as although everyone raves about its sand, it isn’t the nicest. Split has lots of good food and lots of cheap cocktails that can be had in a park with beanbags and live music and I’m pretty sure they hit the nail on the head with that.

Bol, a tiny town on the island of Brac is serene and happening all at the same time. We had the advantage of staying in a very good hotel with very good breakfast but one of my favourite memories from the past month has to be total wipeout at Zlatni Rat Beach. As one of the top 5 beaches in Croatia, we knew that it would be super touristy but total wipeout, an obstacle course in the sea has to be one of the funniest moments so far. I cannot swim to save my life. So drowning on this has definitely helped my anxiety when it comes to the sea. Such a good laugh, even when being thrown off the edges by small children and showing the entire world my boobs after probably several accidental nip slips.

THE VIEWS IN KORCULA –

Korcula is another gem of an Island only an hour or so from Dubrovnik. Small traditional towns are by far my favourite and Korcula is no exception. The views are next to none as you look out from the island to pure nothingness. Chuck in a hot Croatian playing the guitar and you’ve just about found perfection.

Hvar is beautiful, which is why I was not surprised when arriving to see the rich and famous lined up along the boat docks. Hvar is pricey. Like, £9 for a drink and £14 for a salad pricey, but nightlife is bloody good. And the speedboat trips to reclusive islands aren’t a bad way to cure a hangover either. Carpe Diem, the main event cost 200 kuna (£20) entry and although it was a decent experience and the funniest thing piling a load of drunks onto a water taxi, the club probably only needs the one visit. The bars along the docks are buzzing though and the late night pizza is also never too far away. Definitely a ‘must’ when Island hopping.

CABLE CAR UP TO DUBROVNIK –

We’ve done a lot of bloody walking so far. If I haven’t gained a thigh gap by the end of September, I’m going to have to have words. We were pleased to find out that the Cable Car, although pretty pricey at £10.80 for a round trip, was well worth the money once you’ve made it to the top. Overlooking Dubrovnik, which was a beautiful but hugely touristy city, suddenly became peaceful. And I loved it.

Having previously visited Krka National Park and having loved it (except maybe for nearly drowning), I thought I had seen it all but Plitvice, despite not being able to swim in its waters is insanely pretty. I’m talking the strangest water I’ve ever seen. Waterfalls and walking along the trails are up there with the best things I have seen so far, even if it did include a lot of exercise.. 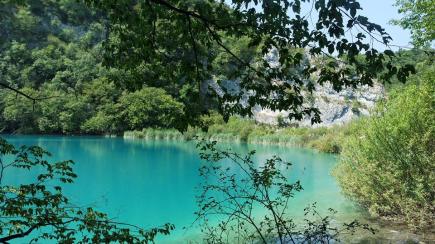 This past month has been beaut and we have one more incredible month left where we will head mainland and visit the capital, Zagreb, will stay in the smallest town in the world, Hum and will hopefully be doing a lot of wine tasting in the countryside. In the next month, I plan to get my act together and share my tips for Hostel life and travelling on a budget as well as keep you posted with some of the top places to visit, best places to eat and give you the lowdown on where to sleep.

Until then I’ll be tanning.

Ending July with this one 🥰🙌 I read the first book last summer and loved it for an easy 'who dunnit' 🕵🏼‍♀️What's everyone else reading? 📚
It's 'OT out 😰🔥 but LOVE having these beauts in the kitchen 🥰🌻
Needed today - spending it with my current read and back to back Grey's💆🏼‍♀️📚😴
Officially counting down the days @gabriellecavaa 🥂💍👰🏽‍♀️ #cavalotwalltobe
Ready to 😴😴😴 after hen 2.0 and the busiest of Mondays 🥂💆🏼‍♀️🥰
Flowers for days 🌹💆🏼‍♀️🥰